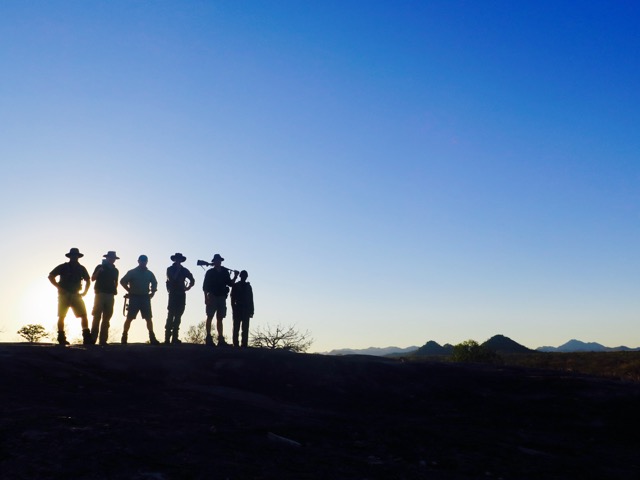 Twelve months ago we started plotting an expedition over lunch, on a rain-soaked day in the Franschhoek Valley. The resulting brief was to combine good exercise with a pioneering adventure and an exhilarating wildlife experience – the old school way. The redoubtable James Varden was to lead this inaugural adventure into the unknown. Its purpose was to test-run future mini-expeditions for our guests and create some lasting memories for us, so we threw together a motley crew for the first run in June and told them absolutely nothing apart from:
• We are going to Zimbabwe
• We will walk +/- 20 km per day in a remote wilderness area, thick with wildlife
• Bring a day pack which carries at least 3 litres of water
• We stay in bush-camps
• Make sure you wear in your boots and bring bush-coloured attire, and a sense of humour!
This was no ordinary walk, traversing three blocks, in the remote Savé Conservancy, in the lowveld of South East Zimbabwe. James had gone down in advance to recce a route, between four bush-camps, and we drove down to meet him from Harare for six nights in the bush absorbing the sights, sounds and smells of Africa. We heard lion every night and morning, tracked black and white rhino, navigated through herds of ellies and around buffalo and walked through some magnificent scenery. The food and hospitality was superb and we all came away beaming, knowing we had been privileged to have sole access to this wonderful part of Africa, for a piece of time.
This year we are organising the same walk for two groups of four to six people, led by James, between the months of May and July. You need to be bush savvy (it is in an area of dangerous game) and be prepared to walk 20 km per day for five days. It is led by one of the best guides in the business for his knowledge, passion and enthusiasm for his country and its flora and fauna, not to mention his pranks. This is an adults only walk but older children may be considered. The overview is below and for some drone footage of the Chishakwe area we walked in CLICK HERE

OVERVIEW
You will be walking through the bush on bush trails and the occasional dirt track through parts of the Save Conservancy in South East Zimbabwe. It is a Big 5 area so there is a possibility of bumping into animals considered to be dangerous game. James will be armed and will know how best to react in this eventuality.
In addition to Big 5 the Conservancy is home to a large diversity of game animals and you are likely to see zebra, wildebeest, giraffe, eland, kudu, impala, waterbuck, sable, bush buck, nyala, duiker, warthog etc. You may well see wild dog, hyena (brown and spotted), jackal, serval etc too. Though it is rare you might see cheetah.
The bird life is spectacular and those who are interested will not be disappointed. James will be able to point out a myriad of small species (mongoose, squirrel, porcupine etc). Naturally there is also abundant insect and reptile life which can also be a source of fascination.
Save Valley Conservancy is famous for its huge and abundant baobabs and there are at least two trees which are recorded in books for their size and age. It is also well known for its vast mopane forests … in fact a BBC documentary was made on them just after our walk.
You will not see roan antelope, tsesebe, hartebeest, gemsbok or blesbok as they do not occur in the conservancy.
There is no shortage of any of the big 5 species in the conservancy so there is a reasonably strong chance of you see seeing most or all of these species. They would say you are pretty much guaranteed elephant and buffalo, the cats will be trickier as you will be moving around in the daylight. Rhino tend to be very secretive but it is not that uncommon to come across them, but you will have the opportunity of tracking them. One of the highlights of the walk.
JAMES VARDEN
James has established himself as one of Southern Africa’s pre-eminent guides. He has conducted walking trails in Mana Pools, Hwange and Matusadona, all dangerous wildlife areas. His passion for all aspects of nature, particularly birding and botany, combined with a keen emphasis on very active, adventurous and energetic safaris meant that guests left with as full a safari experience as one could get.
From November 1997 until now, James has focused on the guiding (including on horseback and on water) and wildlife issues, becoming more involved in issues that threaten wilderness values and areas. James and his wife Janine have started Community Projects in the Mavhuradonha Wilderness 600 sq.km boundary, including Honey for Money.
James has guided in South Africa, Botswana, Mozambique, Zambia, Tanzania and Uganda. Twice scaled Kilimanjaro and done the three main peaks of the Ruwenzori Mountains.
He has also birded extensively in the Far East, Australia and visited Antarctica. Sir Ranulph Feinnes has been one of James’s clients. More info on www.vardensafaris.com
FISHING
There will be an opportunity to fish for bass, bream and barbel
WILD DOGS
It might or might not be possible to see the dogs on foot depending on where they den. If we are lucky and they are near a camp you are staying in you will be able to go out of foot. We can arrange a visit to the dog den with the researchers, or perhaps we convince them to join you for dinner. This is a rare occurrence and is charged separately by the African Wildlife Conservation Fund should you want to do it.
TRAVEL
Guests arrange flights to Harare and can either take road transfer in, between 5 and 6 hours, or you can private charter from Harare into a bush airstrip. We would recommend a road transfer one way to see some lovely scenery on the way down and private charter out.
COSTS
+/-$220 – 250 per person per day for accommodation and food. Not including drinks (6 nights x $250 = $1500 pp)
$500 per day for guide – split between you
$50 per day for guide accommodation and food – split between you
Extras – Drinks, flights, transfers, hunting, wild dog research
FOR MORE INFORMATION PLEASE EMAIL ME ON explorersclub@me.com
Best Safari Walks Chishakwe Grant Challis Gunundwe James Varden Jo Sinfield Mark Dendy-Young Matendere Nick Penny Old school safari Save Conservancy Tom Priday Varden Safaris Zimbabwe

Darling Jo, If you want any press on any of your adventures let me know as would love to come and hang out. Happy new year. All the love M x
http://www.matildatemperley.com
> 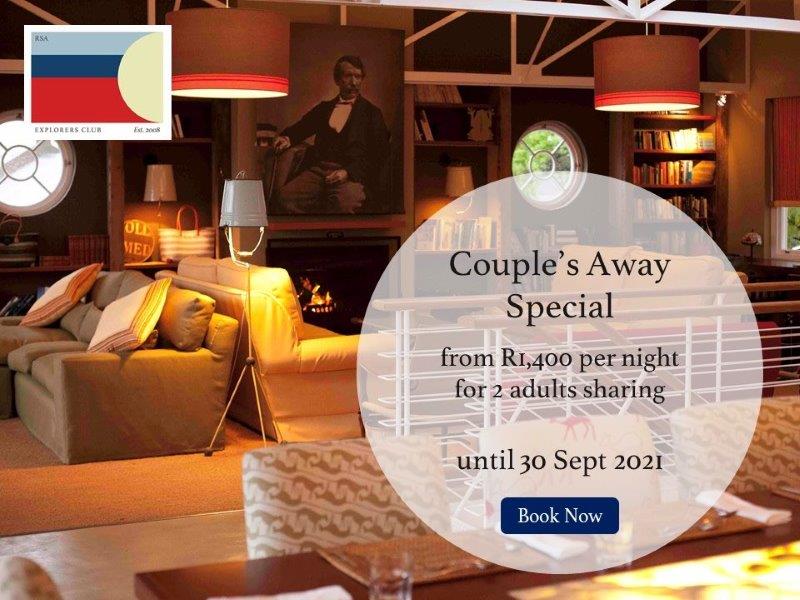