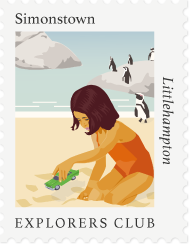 Littlehampton, Simonstown – sleeps up to 7

Built in 2003 as a seaside family home, this beautiful clapboard beach house can sleep up to seven guests in four lovely bedrooms, all overlooking Cape Town’s famous Boulders Beach.

The home was named ‘Littlehampton’ in recognition of the Nugent’s family history in Littlehampton, England, as well as the fact that its architectural style is taken from the famous beach houses of the Hamptons and Nantucket in the US.

There are uninterrupted views across False Bay and easy access to Boulders, Windmill and Waters Edge beaches, and the quaint, historic naval town of Simonstown is in walking distance. You can nip to the beach barefoot, swim amongst the penguins or watch whales from the wraparound veranda.

Littlehampton has 3 bedrooms: 1x king, 1 x double and 1 x twin.
There are two bedrooms downstairs, and an adjacent bathroom with a toilet, bath and shower, as well as a guest cloakroom. Each bedroom has large French double doors that open out onto a veranda and spectacular views of the ocean.

The main suite upstairs consists of a king-sized bed, a feature bath in an open-plan bedroom-bath concept and its own secluded sitting room. The suite’s large bath is situated under a large window that looks out to False Bay, with an ensuite toilet and basin area. The private sitting room has a TV, with DVD player and sound system and can be separated from the lounge with concertina wooden shutters. All rooms open onto a large wraparound veranda.

Living and dining at Littlehampton

The galley-style kitchen at Littlehampton is open-plan with a bar-stool kitchen working unit (with seating for 5) or a separate dining table and chairs (with seating for 6) both providing a relaxed atmosphere for all occasions. It is equipped with an oven, hob, microwave, dishwasher and fridge/freezer unit.

The kitchen sits alongside the second sitting room with a Queen Anne fireplace and a second flatscreen TV. From the kitchen and downstairs living areas, French doors open onto a large wraparound veranda with outdoor table and chairs for eight, as well as an enclosed sun alcove. There is a free-standing barbeque (braai) made from the rim of a large truck wheel.

The spectacular views are best enjoyed from the hammock on the upper deck.

Combines well with these properties for an excellent holiday experience 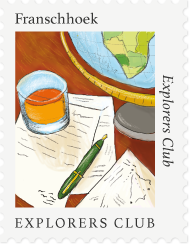 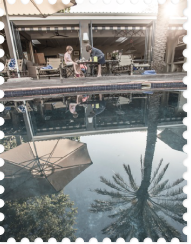 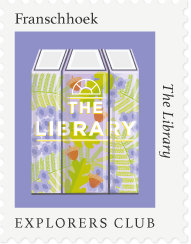 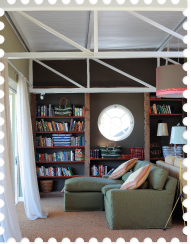 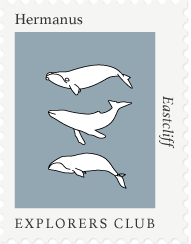 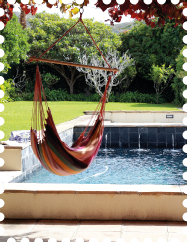 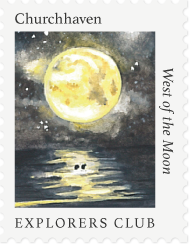 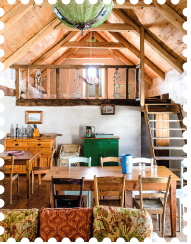 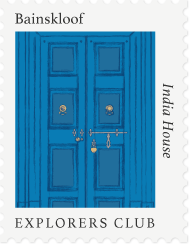 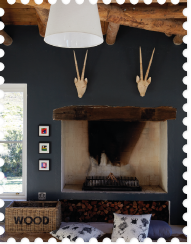 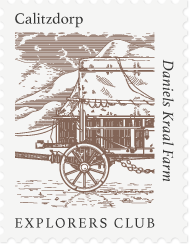 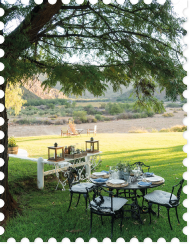 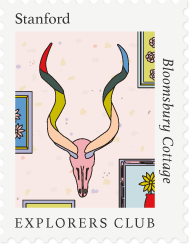 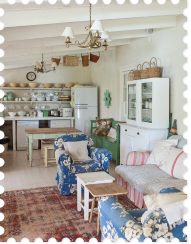